Hello fellow photographers and light painters! Back in February of this year I invested in an Indiegogo project by Fotorgear called Magilight: Creativity Without Boundaries. I opted for the Magilight Early Bird and the add-on Mini LED Bar. I didn't get the optional add-on Wireless Receiver. Shipping was estimated in mid April, but I didn't hold my breath as this isn't the first product that I've backed. I've backed a few things but only a couple of products, this being my second one. The first product that I backed went bust, and I lost my money, so I was a bit worried about this one too. The first product I backed was called TriggerTrap and they'd been around a while and were based just up the road in Bristol. This was their second crowd funded product and the first one was a success so I figured this was a sure thing. Boy was I wrong!!! They had so much interest and some amazing working prototypes, but they just couldn't get their act together and it all went bust. Shame that. But anyway, back to Fotorgear and Magilight, which I've just received today! 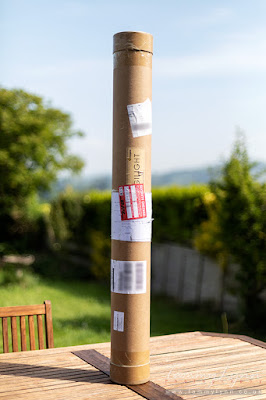 So, what is Magilight? It's an LED light stick that you use for creative light painting in long exposure photography. It's quite similar to the Pixelstick which came out a few years ago. But the Magilight has been based mostly on Tube Light Painting and Fire Painting.

Here's one of the first hands on reviews of Magilight:

And here's another one:
I do believe that these are the people who inspired Magilight. :-)

Magilight was projected to be ready for shipment mid April, but there were a few hickups and shipping problems they had to sort out. From following other projects I knew this wasn't so uncommon, so I was patient. The biggest hang up was the production of the add-on wireless receiver, but I hadn't ordered that. They didn't talk much about the mini LED bar so I don't know how much of a hang up that was, but I do know that I wasn't part of the first wave of shipments. I figured it was because of the mini bar.  I received notification that my early bird Magilight was on it's way on the 16th of May. Yay!! Expected deliver date was 22nd May. Every day, several times a day, I checked the shipping updates. :-D It was coming via DHL and I'd signed up for text notifications and updates. Definitely recommend doing that. 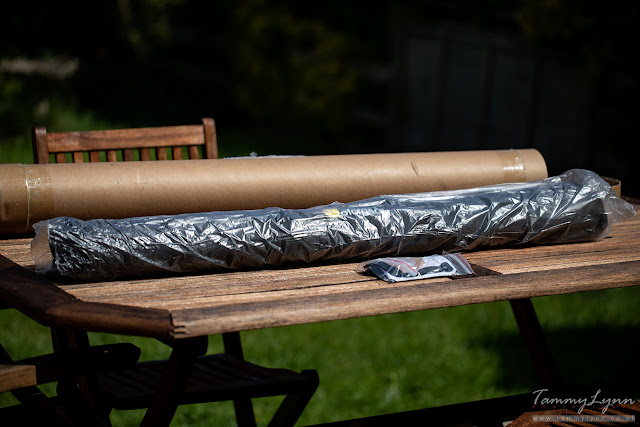 I was a bit worried about customs charges, and there were some, but they weren't as bad as I was expecting. DHL sent me a text and link about the import charges and how to pay. It was £18.

The product is being shipped from Singapore, mine made a pit stop in Germany, before coming to me in the UK. 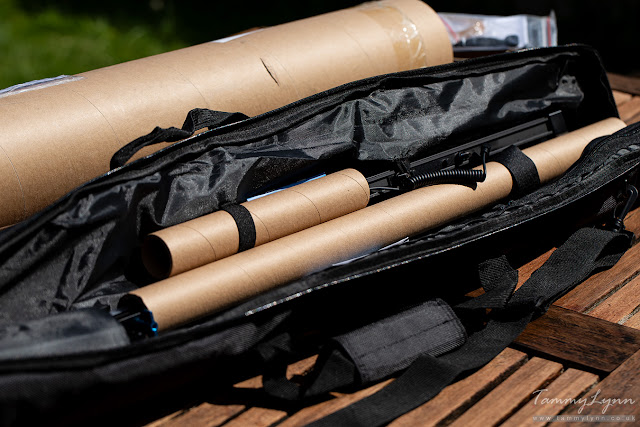 True to their estimate on the delivery day of 22nd May, it arrived promptly this morning! As you can see in the above photos, it is well packaged. The mini LED bar and charger packed away safely inside the carrying case with the Magilight.

As you can see in the photos, everything came branded.

So far I'm really impressed with the build quality of everything. As it's a bright sunny day I've not had much of a chance to play with it yet, so I can't comment on it's use just yet, but I have had a small play in a dark corner of my home. I'll let you know how that went in a minute.

The carrying case is quite handy and has lots of pockets and straps for securing the Magilight and LED bars. The charger was in one of the pockets. 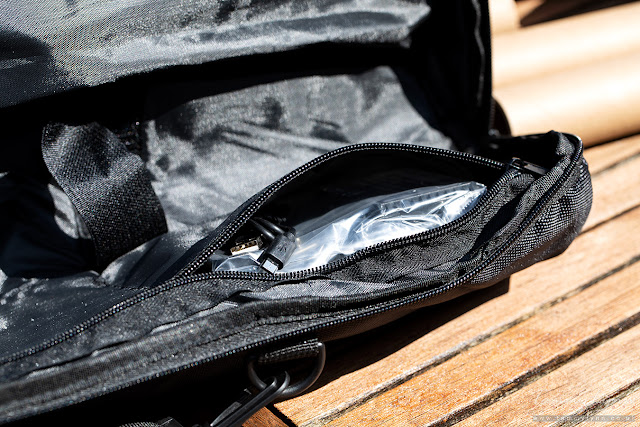 The battery charger is powered by USB, so I connected the USB to a powerful phone charger which I plugged into the wall. I'm in the UK and it all works fine. 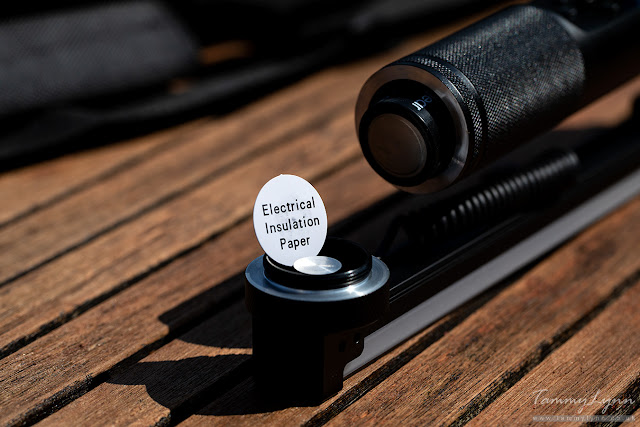 The batteries came stored in the handle with a little bit of paper which needs to come out before it will work. I was happy to see that they had a bit of charge already so that I could have a quick play.
In this next photo you see the Magilight and the mini LED bar, which is suppose to do everything the big one does. From my little play with it so far, it looks as if it does. 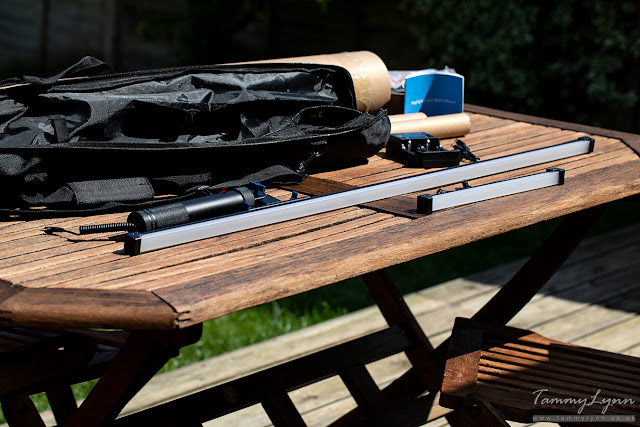 All of the black and blue bits are aluminum/metal and seem very sturdy and well made. The bit of plastic on the face of the controls and covering the LEDs all came with a plastic protector which I pealed off.
It came with a quick start manual, but I've not read it yet. Luckily it's not very hard to figure out, I've managed to work it out without reading any instructions so far. :-D
A lot of people have complained about the micro SD slot, saying that it's easy to eject the micro SD card while using it. I don't know if that was fixed in production or not, but it is slightly recessed and I've not had a problem with it coming out easily or accidentally. What I have had a problem with so far is accidentally turning it off while trying to use it in the dark. Or accidentally pressing one of the other buttons. When you're waiving it around and spinning it, it's quite easy to do.

The handle can be locked down in several angles and move along the LED bar. It has little markings to help you line it up in the exact centre for simple circles. There's also a grip ring to help you spin smoothly.

There's a tripod (or light stand) connector built into the handle which is very handy! 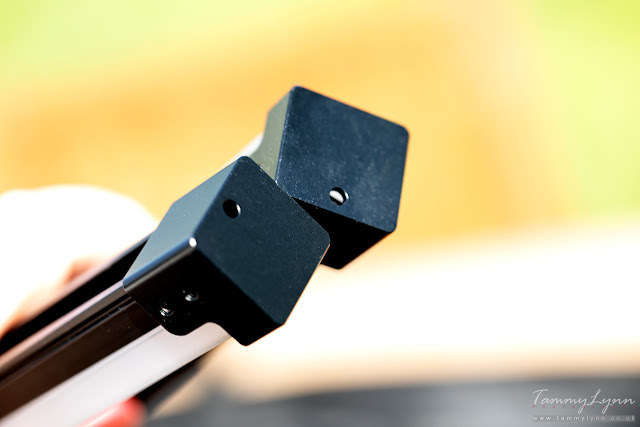 There's even little holes in the end of the LED bars for adding extras like sparklers to the end. Really looking forward to trying that out! 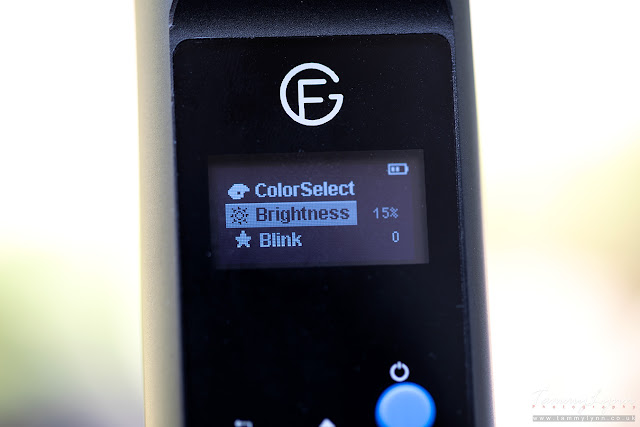 The brightness comes preset to 15%, so you might want to turn it up if you are playing with it during the day like I've been. :-)
Also in the tube was this little surprise. Not something I really need but might come in handy.
I've only managed a quick play in a darkish corner of my home so far. Here are a few of the images from that play time. 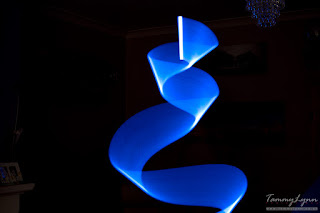 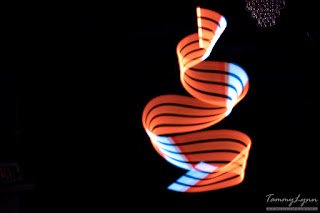 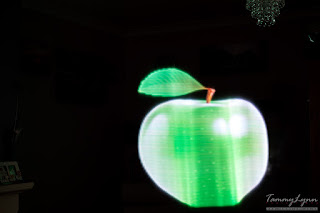 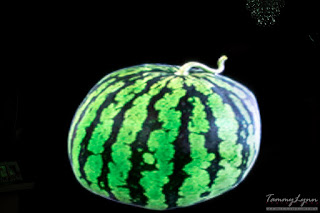 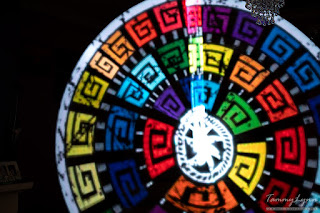 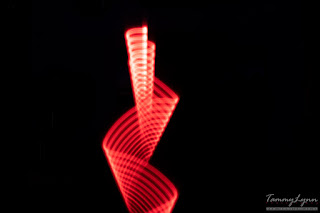 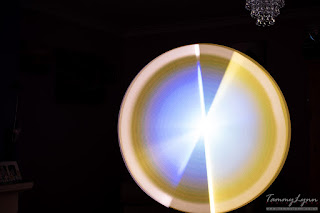 When I've had more time to play with it and create more images I'll update this blog post with more photos and info below. Until then, happy snapping!

PS.. I've been inspired to start a Magilight Photographers Facebook Group, as I wanted to communicate with other Magilight users and was having trouble doing so. If you are a Magilight (or future) user, please feel free to join our group and share your experiences and photos. Link: https://www.facebook.com/groups/Magilight.Photographers/

OK, as promised a few photos from going out at night with the Magilight. I didn't have much time to spend on this, just a few minutes, but I had loads of fun. Really looking forward to having a proper play soon. 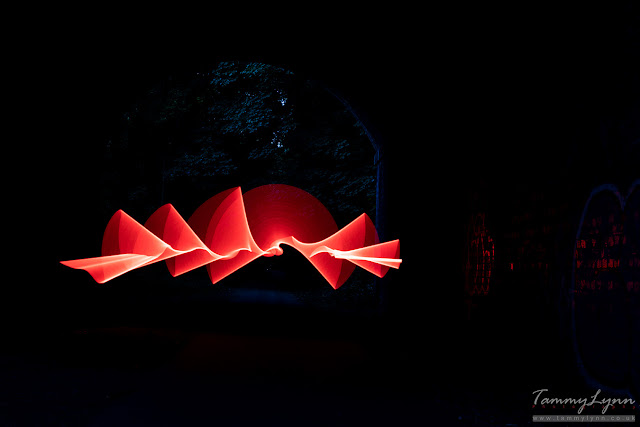 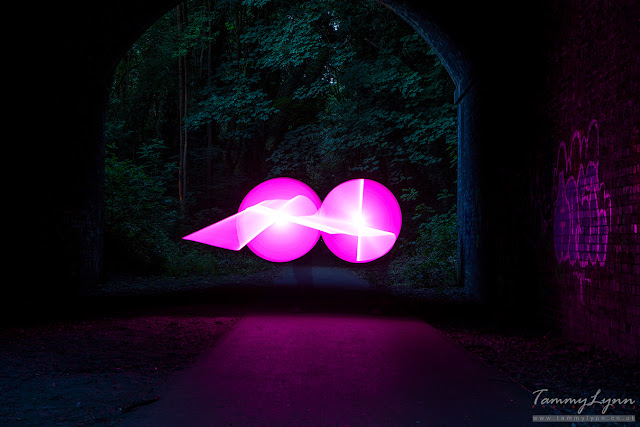 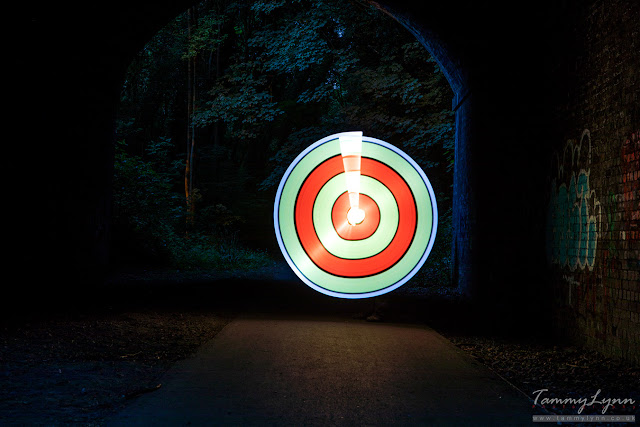 Bit of fun with blending the images together. :-) 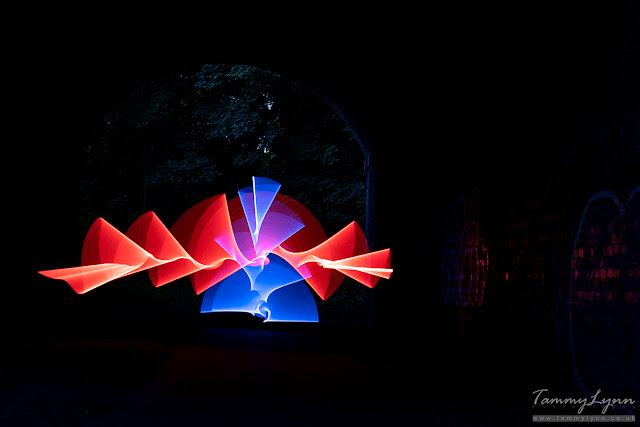 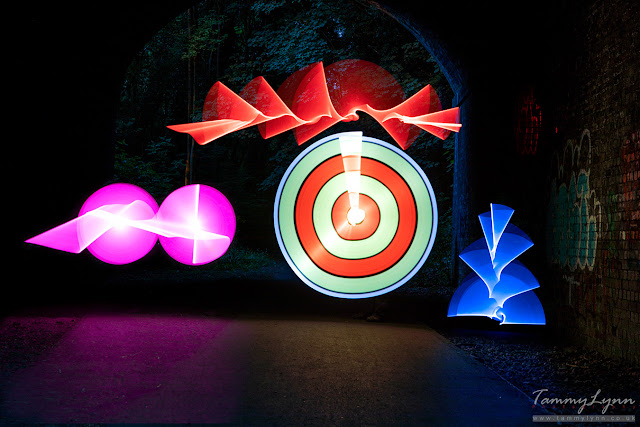 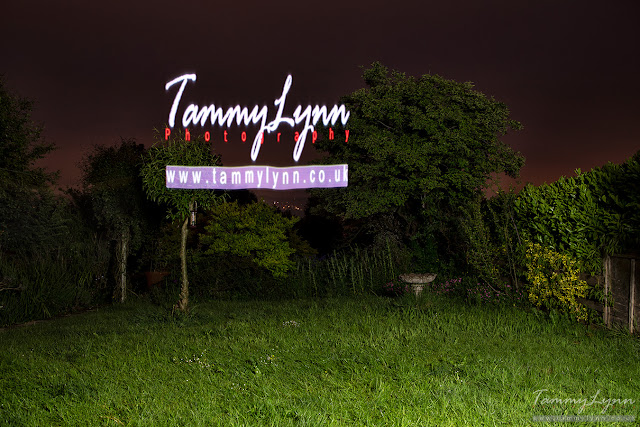 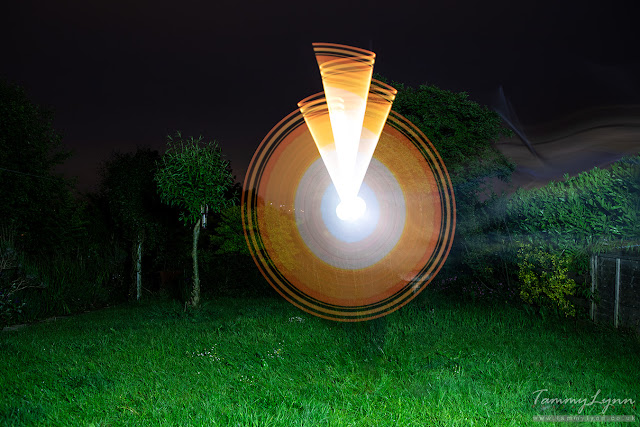 Another another update! Went out with other photographers to light paint down at Capel Mill and by the Canal in Stroud. 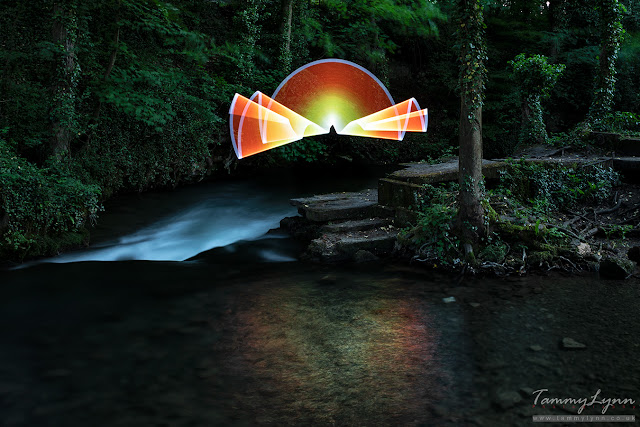 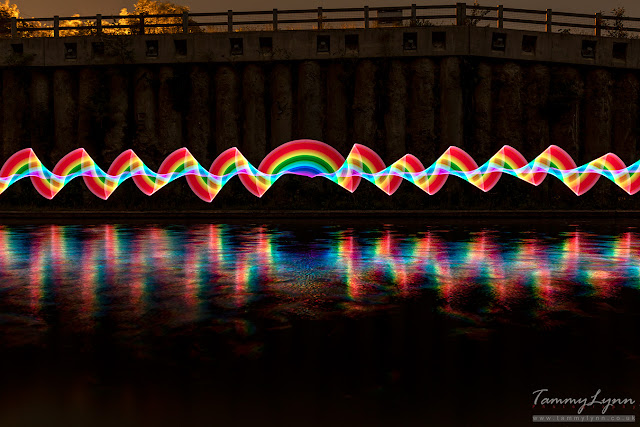 I think it's safe to say I'm having fun with this. :-D

I'll be posting my favourite photos on my Instagram account, you can see them here: https://www.instagram.com/tammylynnsnaps/
Posted by TammyLynn Blogs at 18:26

All content on this blog is copyright © Tamara Kwan of TammyLynn Photography, unless otherwise stated.
If you wish to quote or refer to any post in this blog please link back to the post in question. It would be nice if you also asked permission first.
Thank you